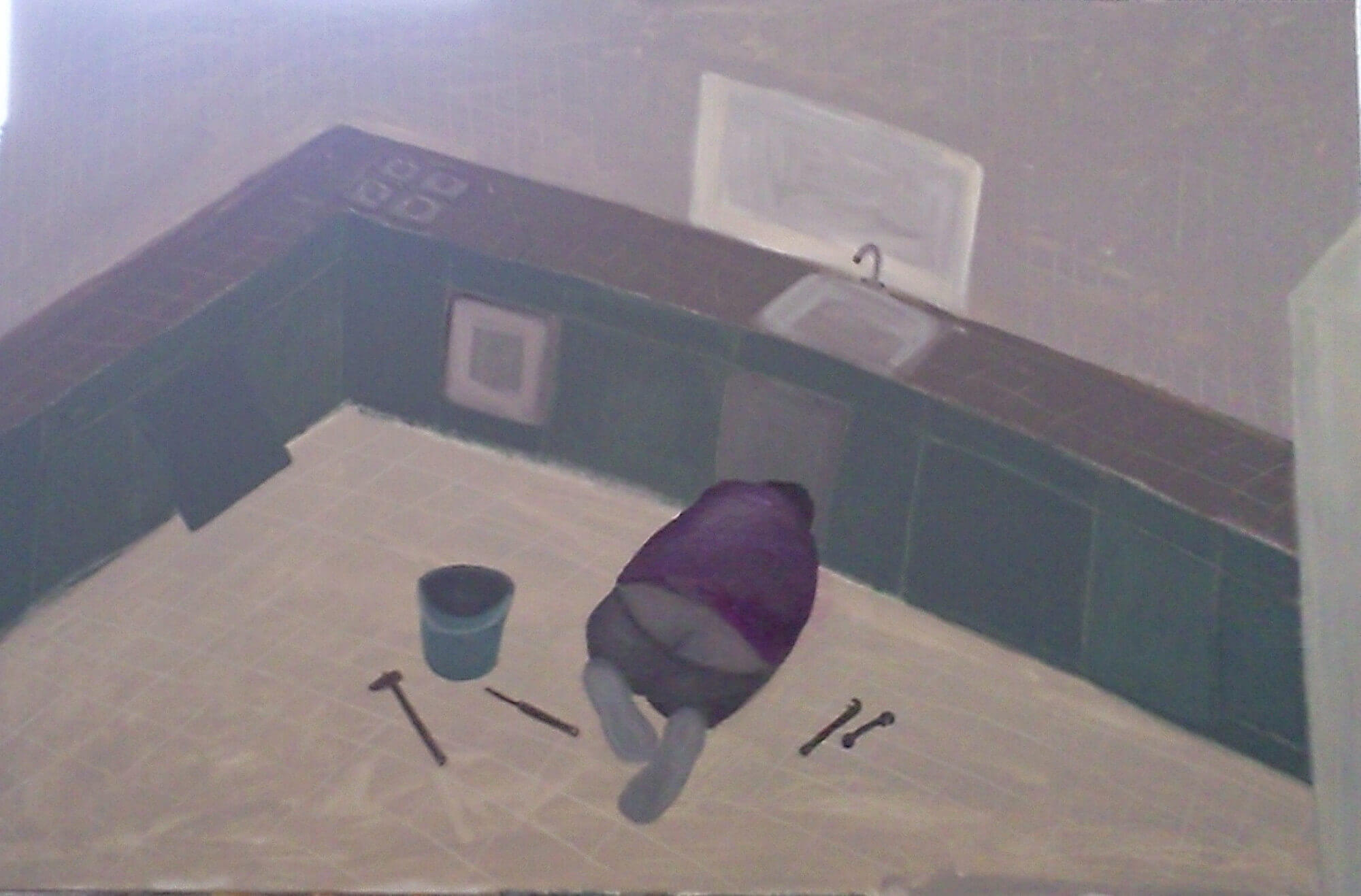 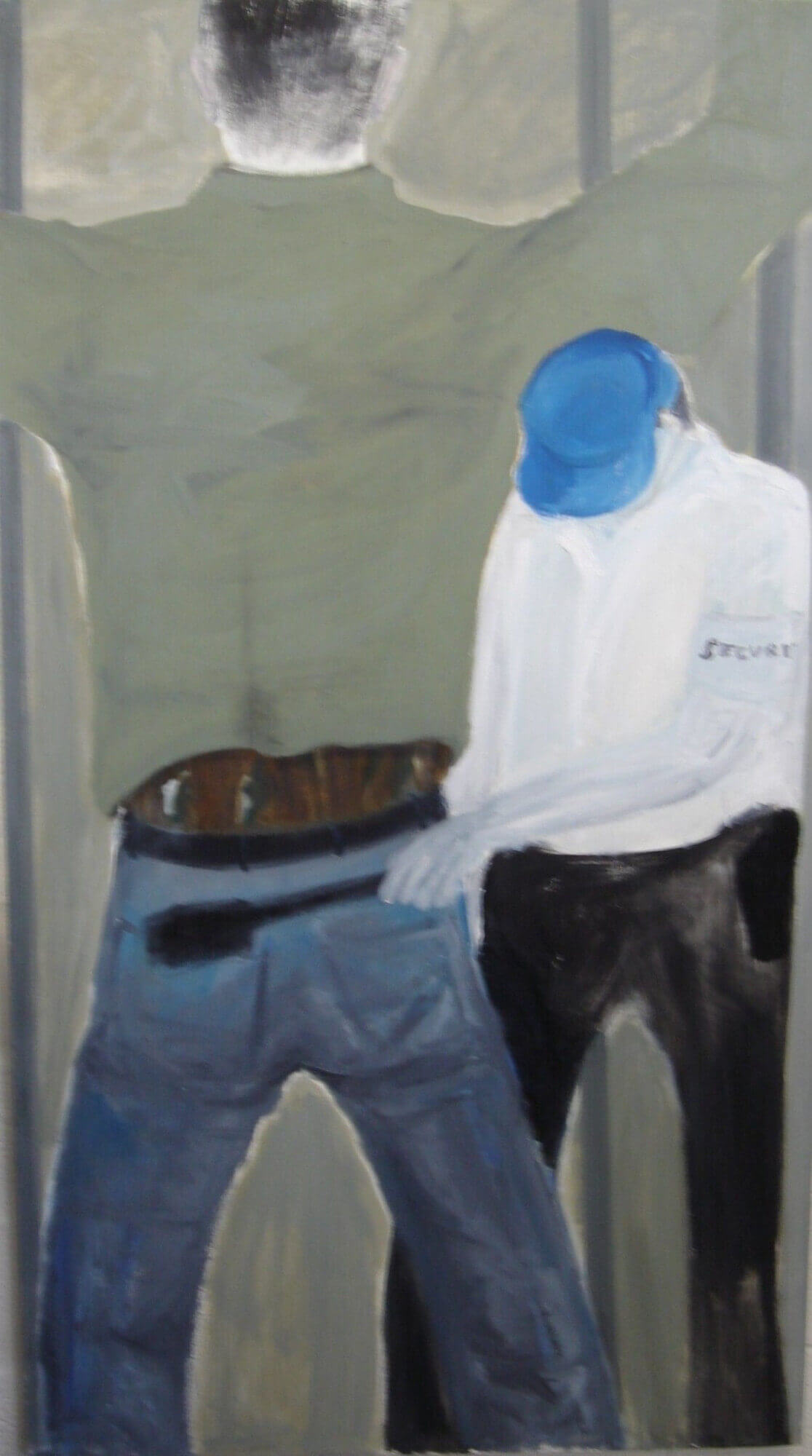 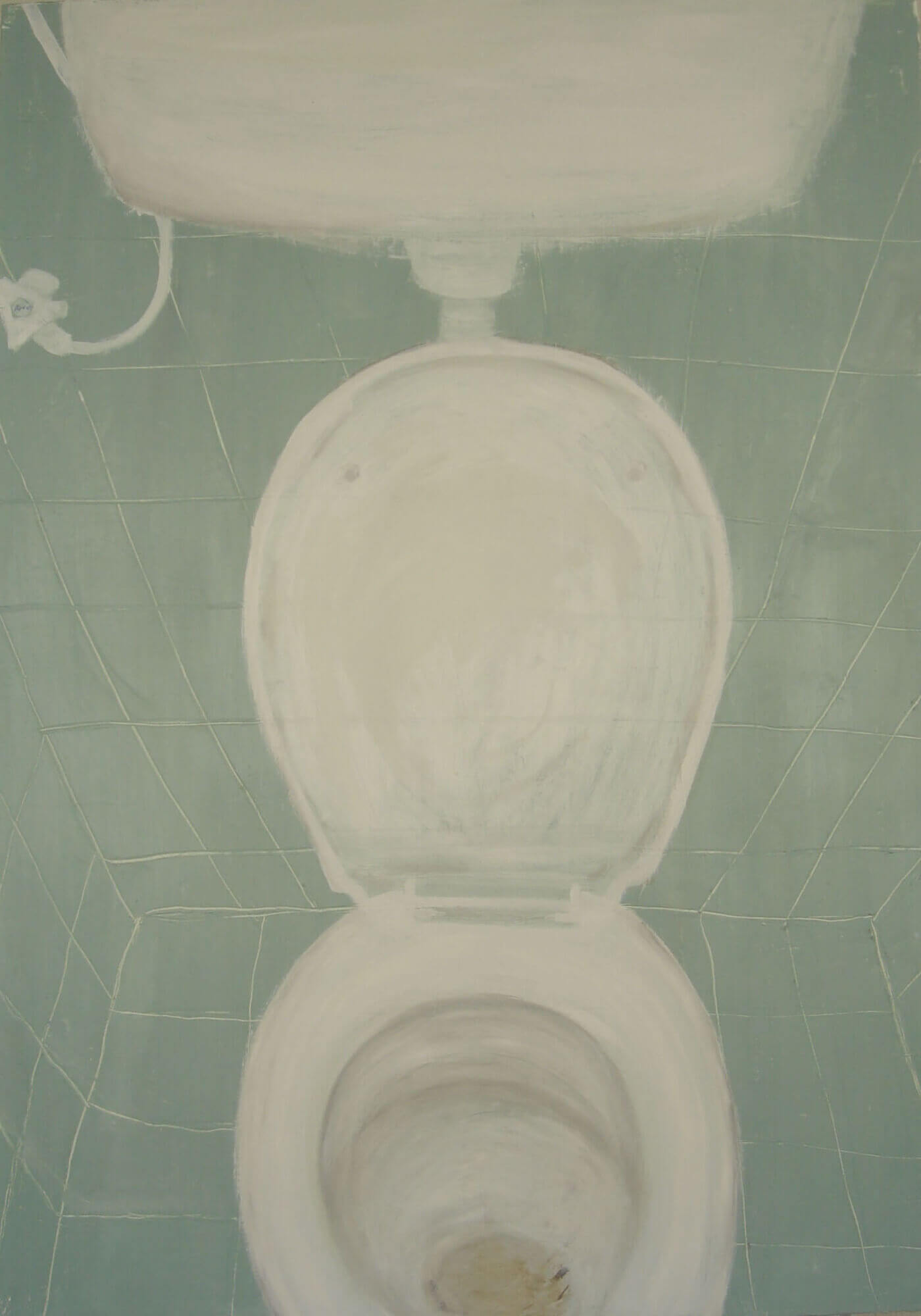 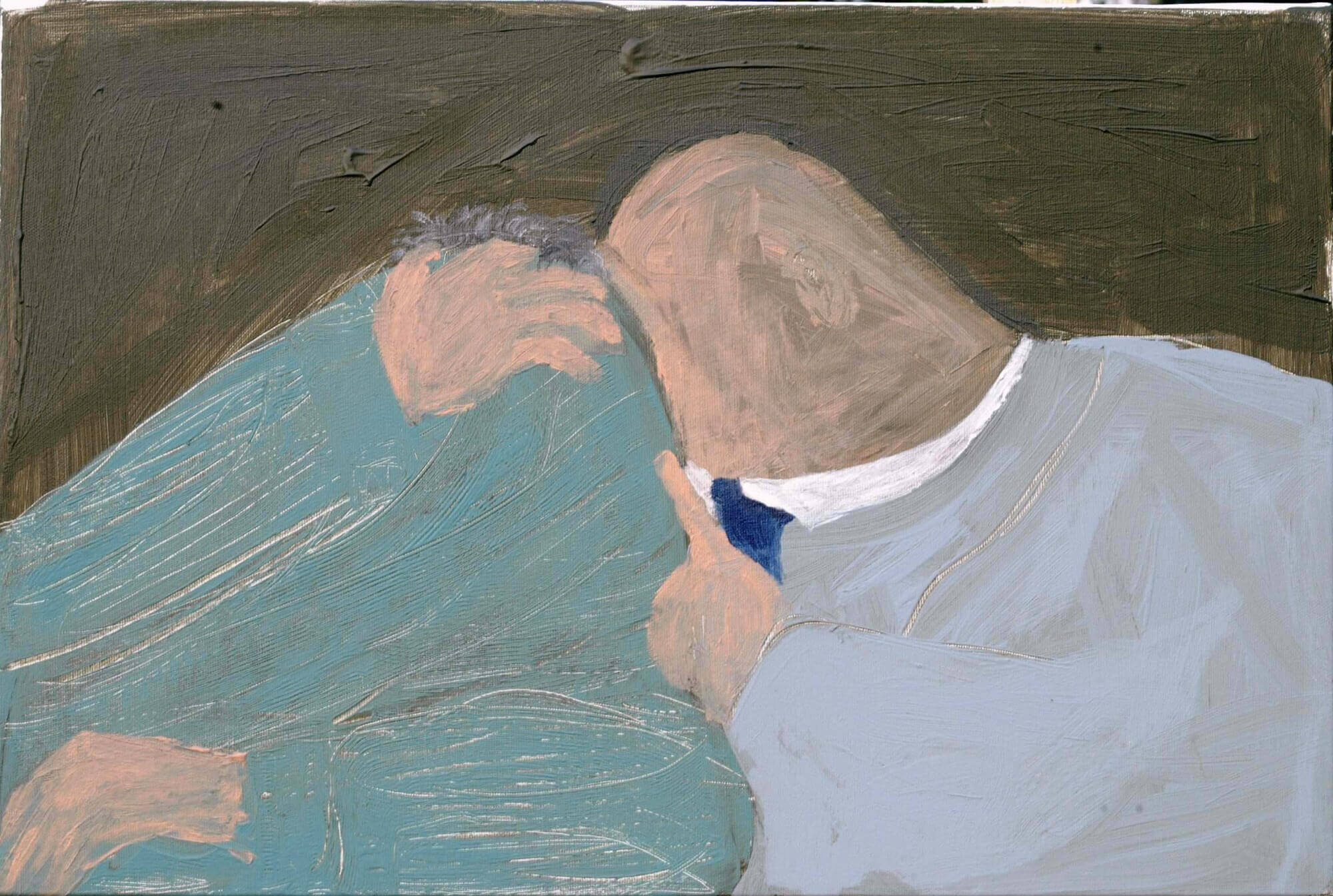 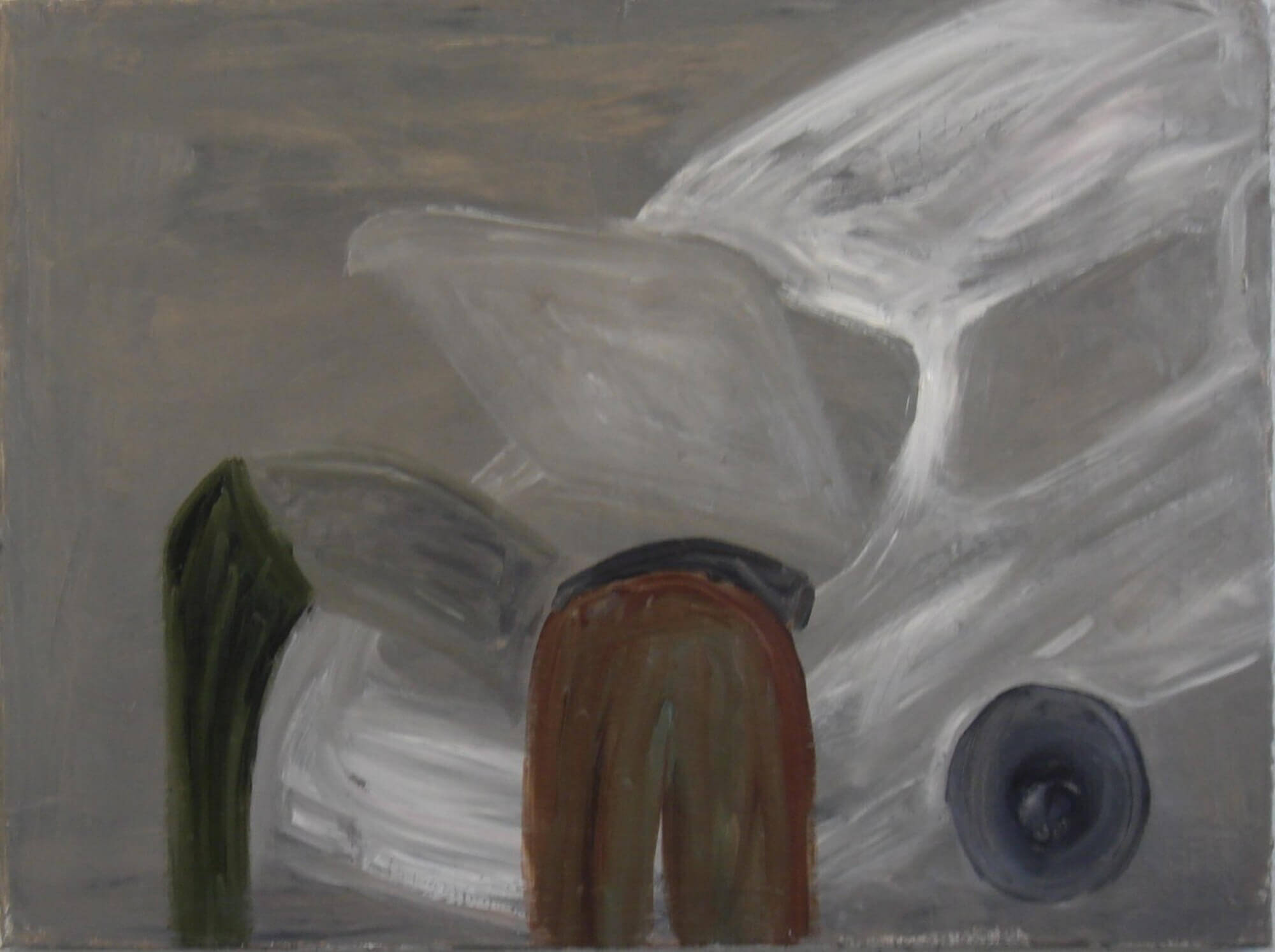 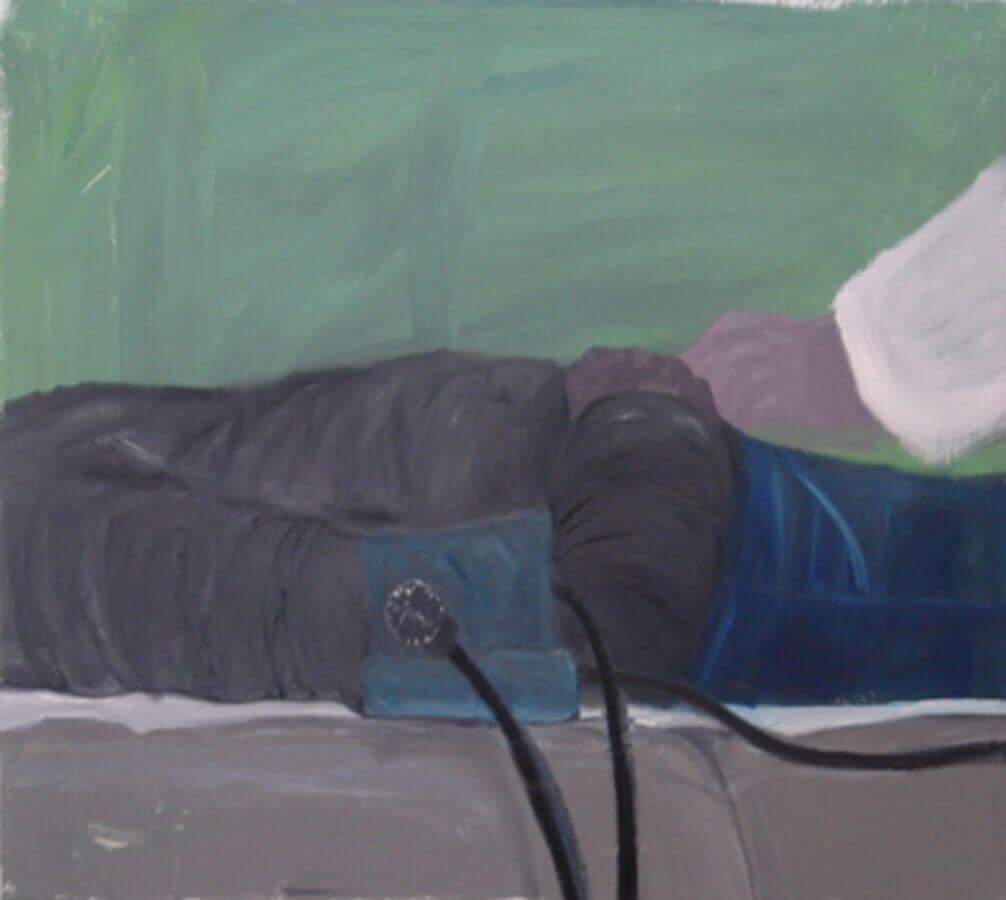 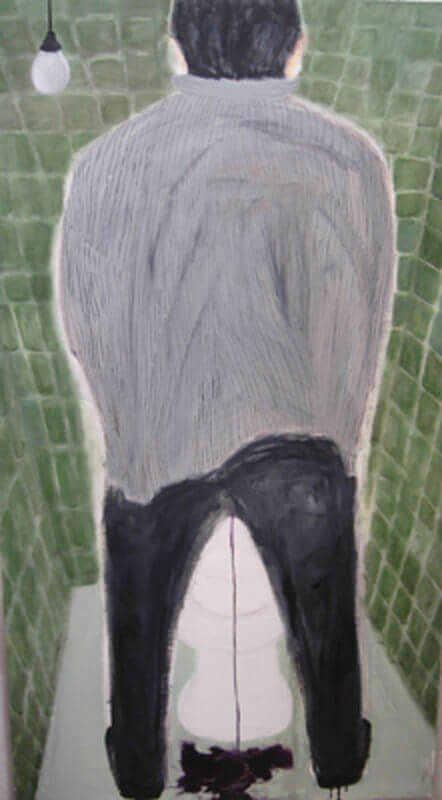 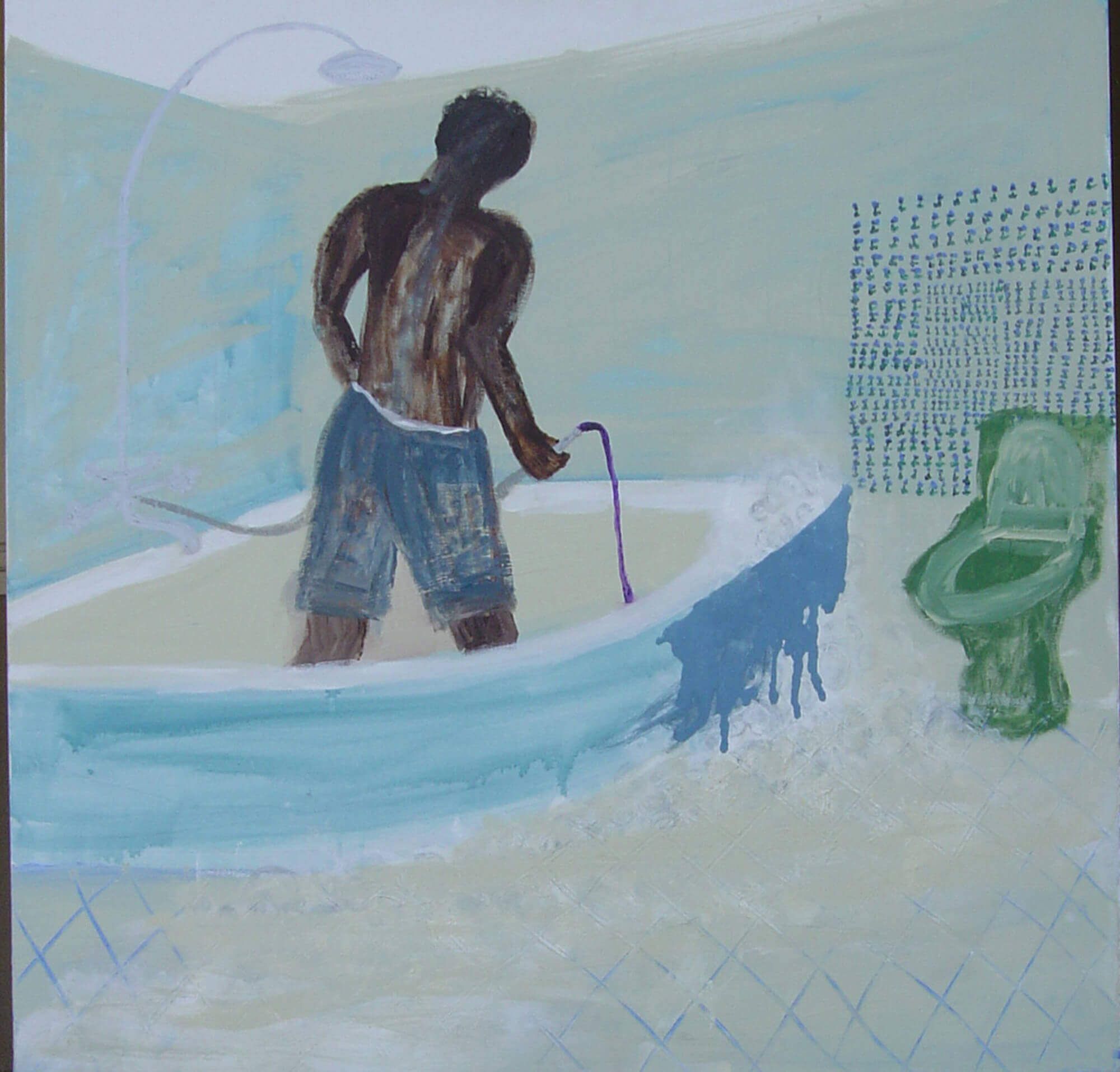 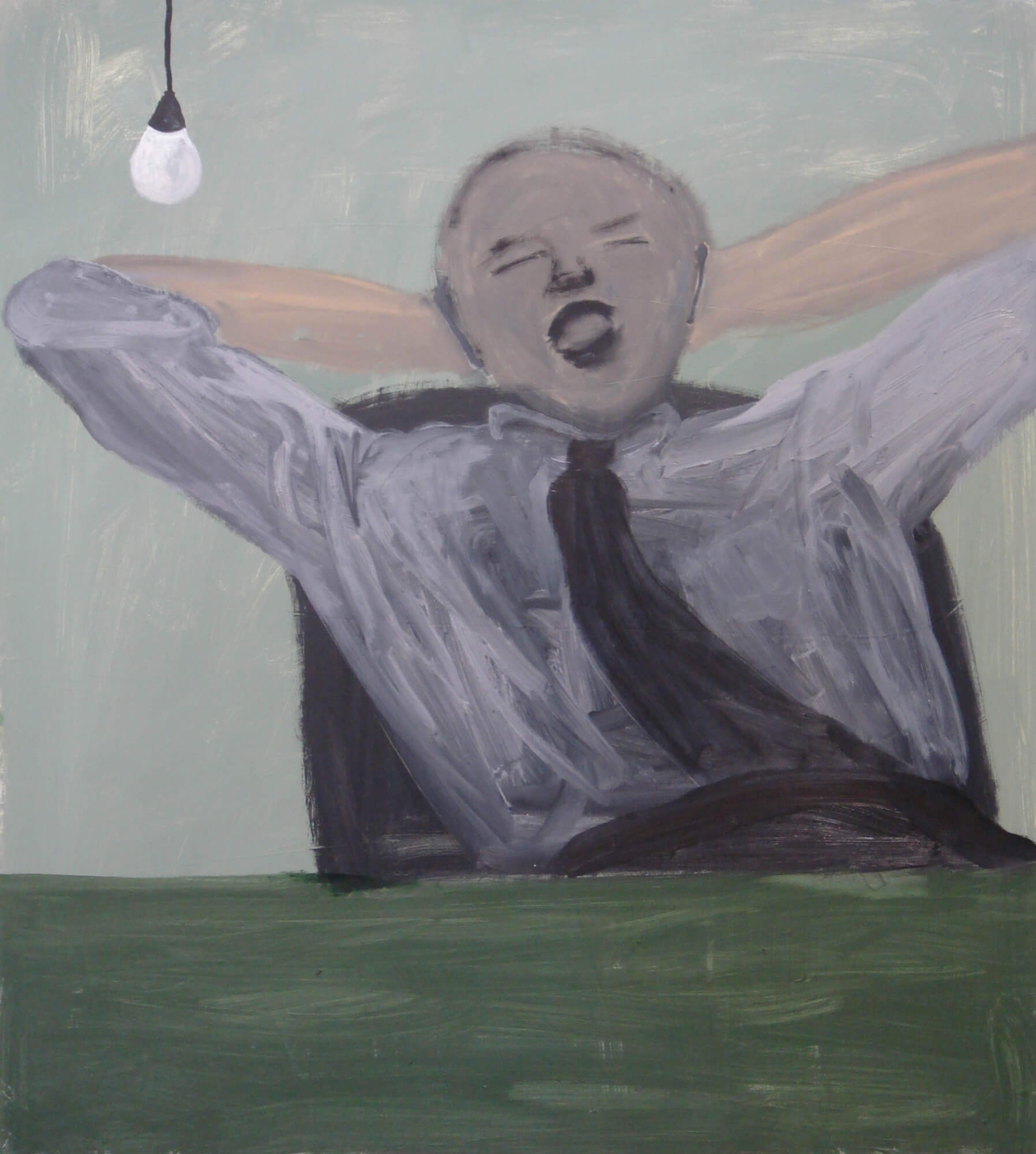 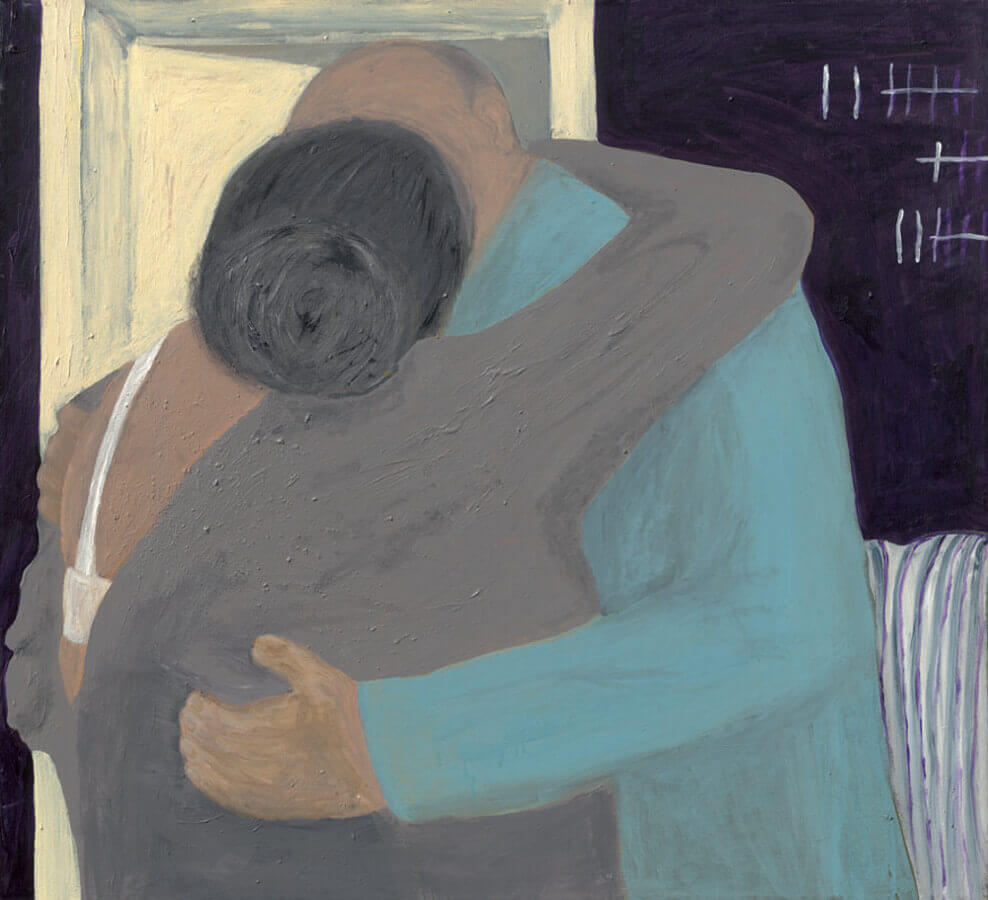 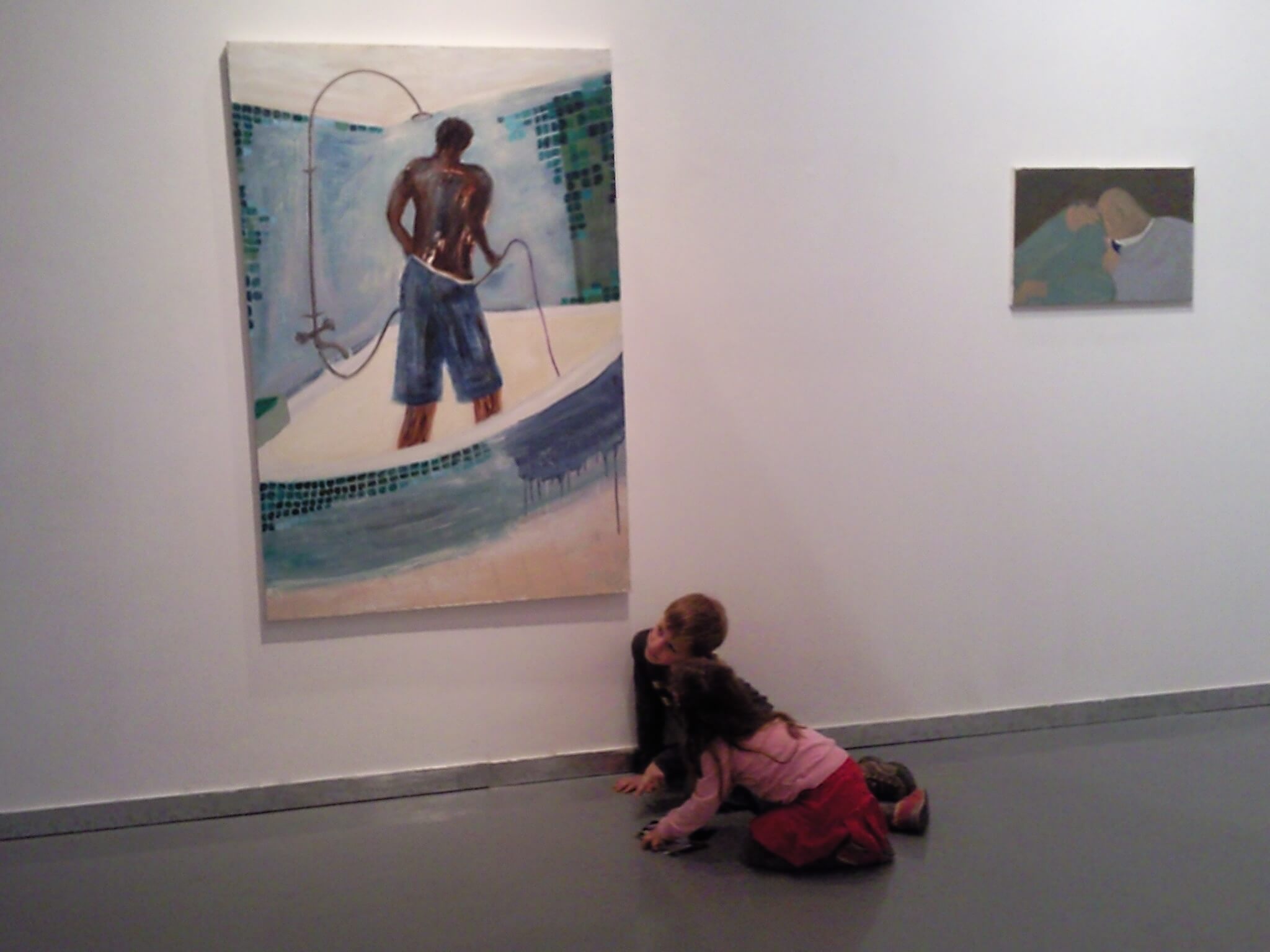 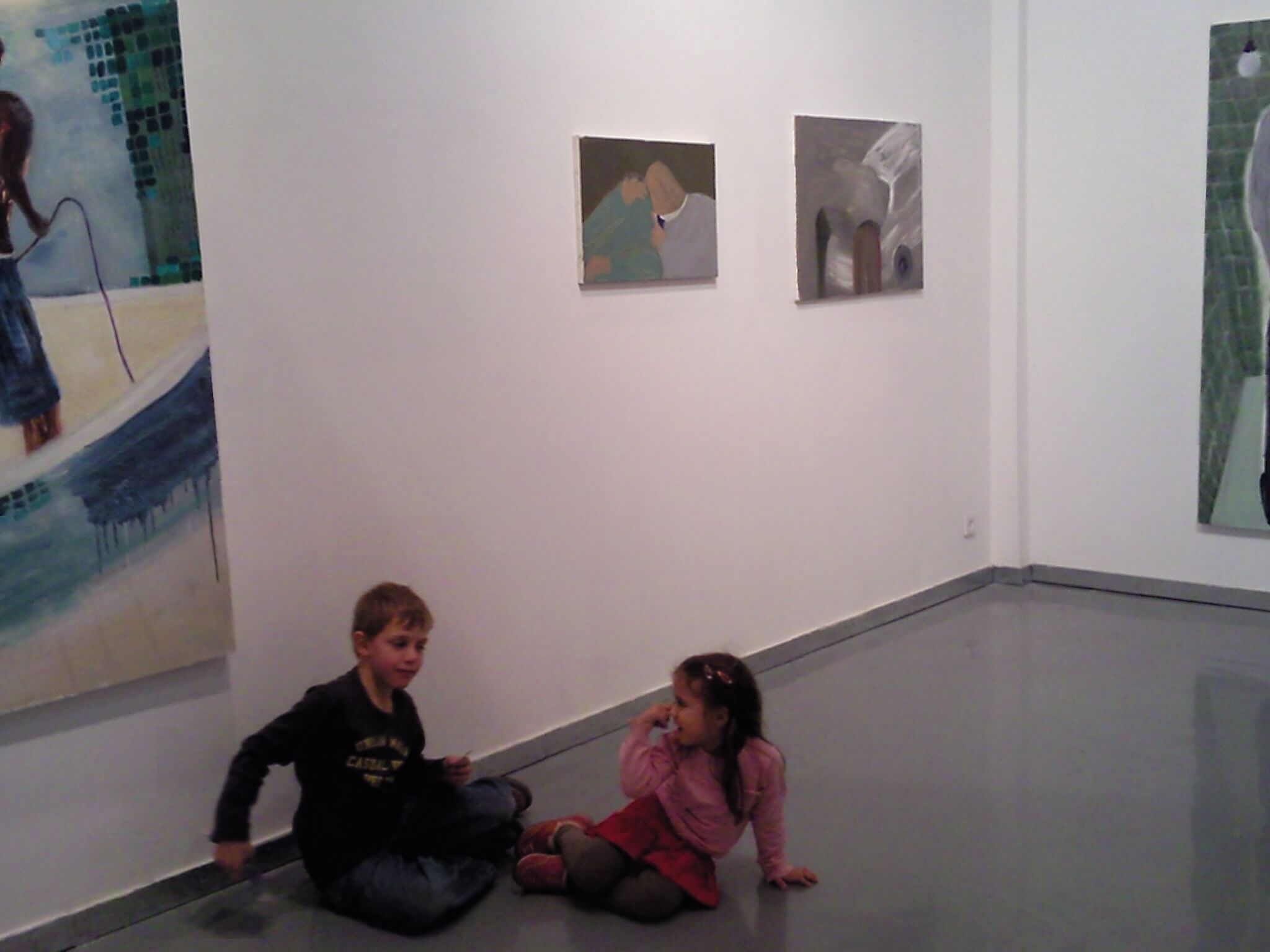 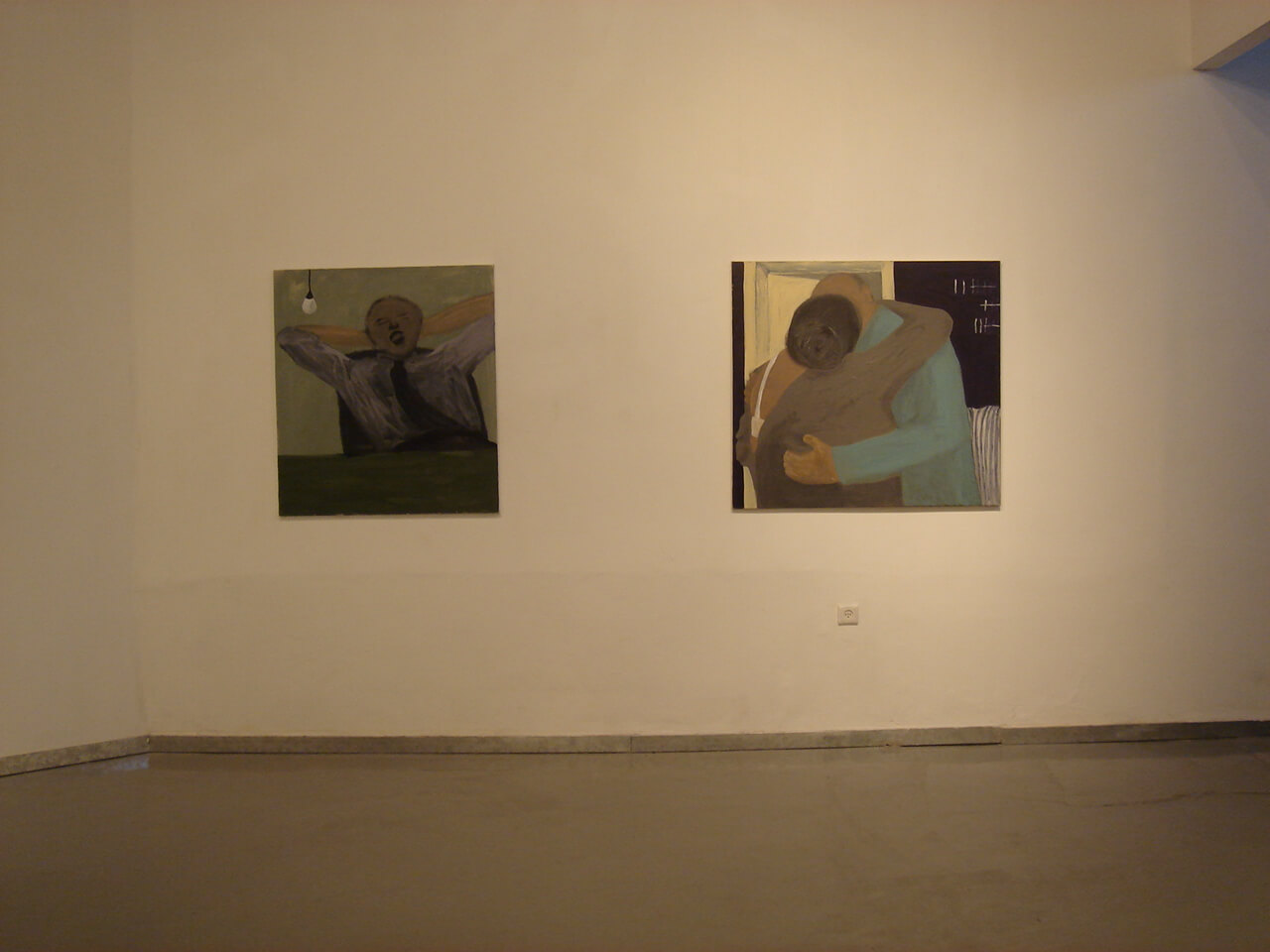 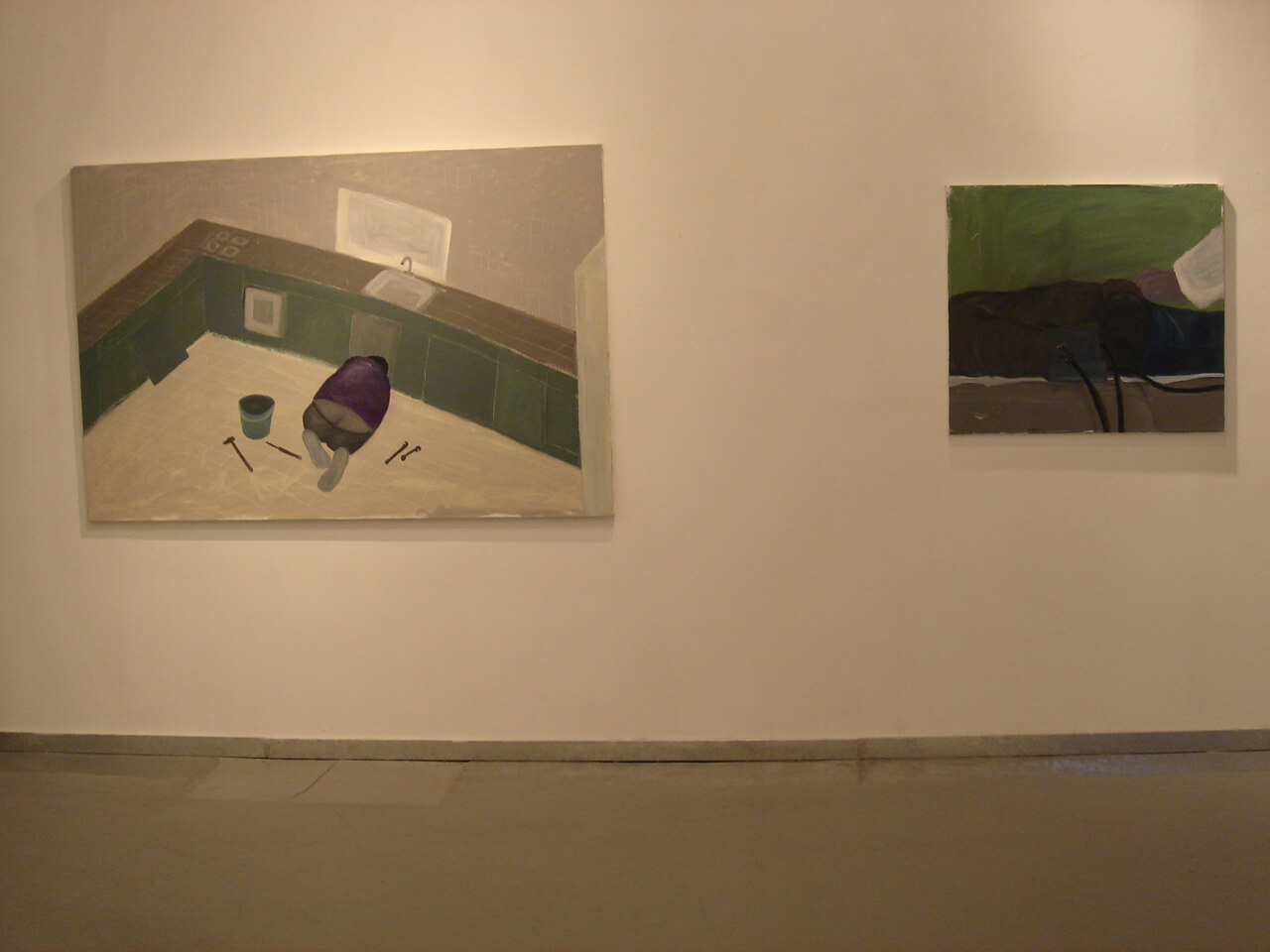 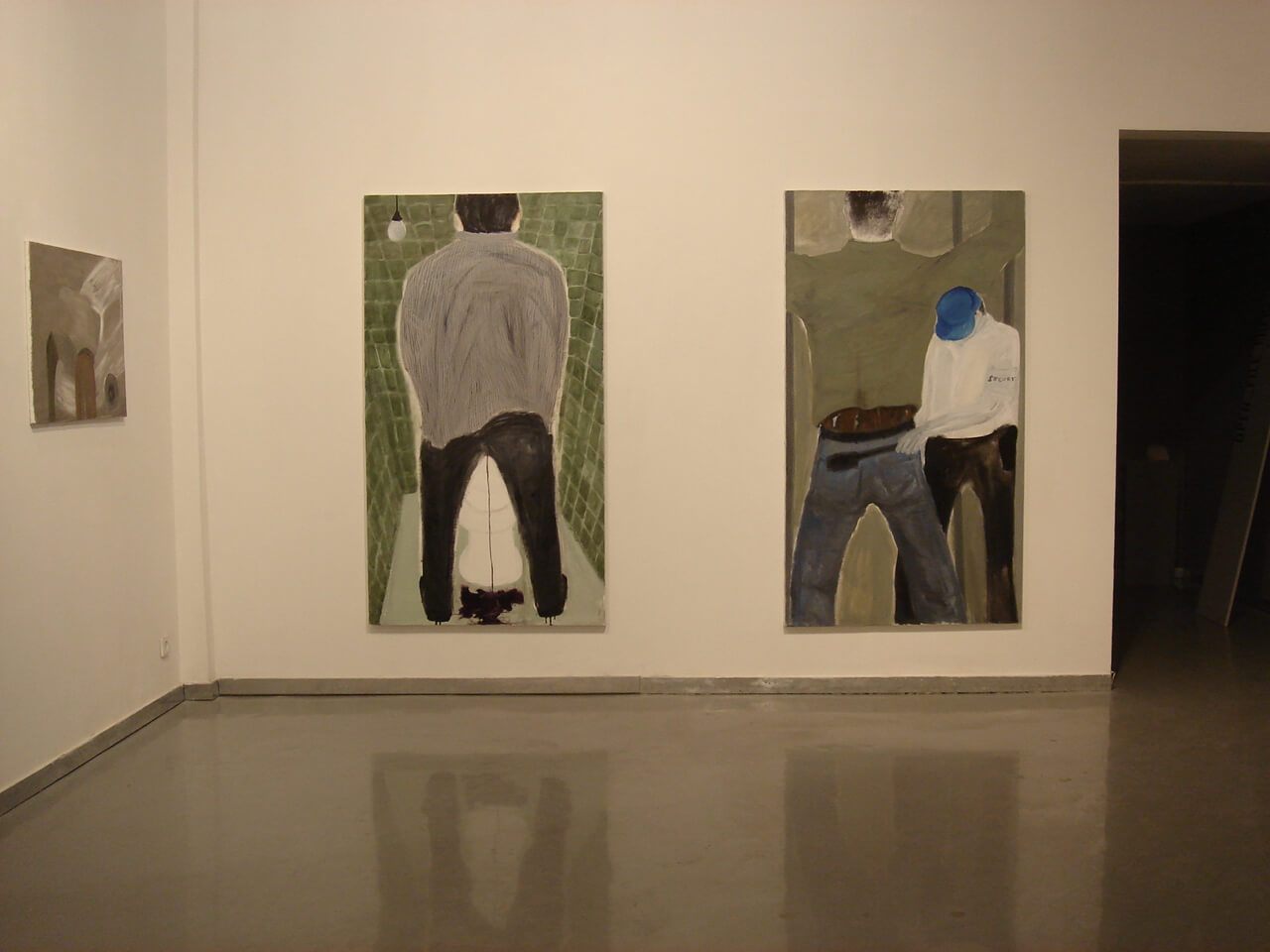 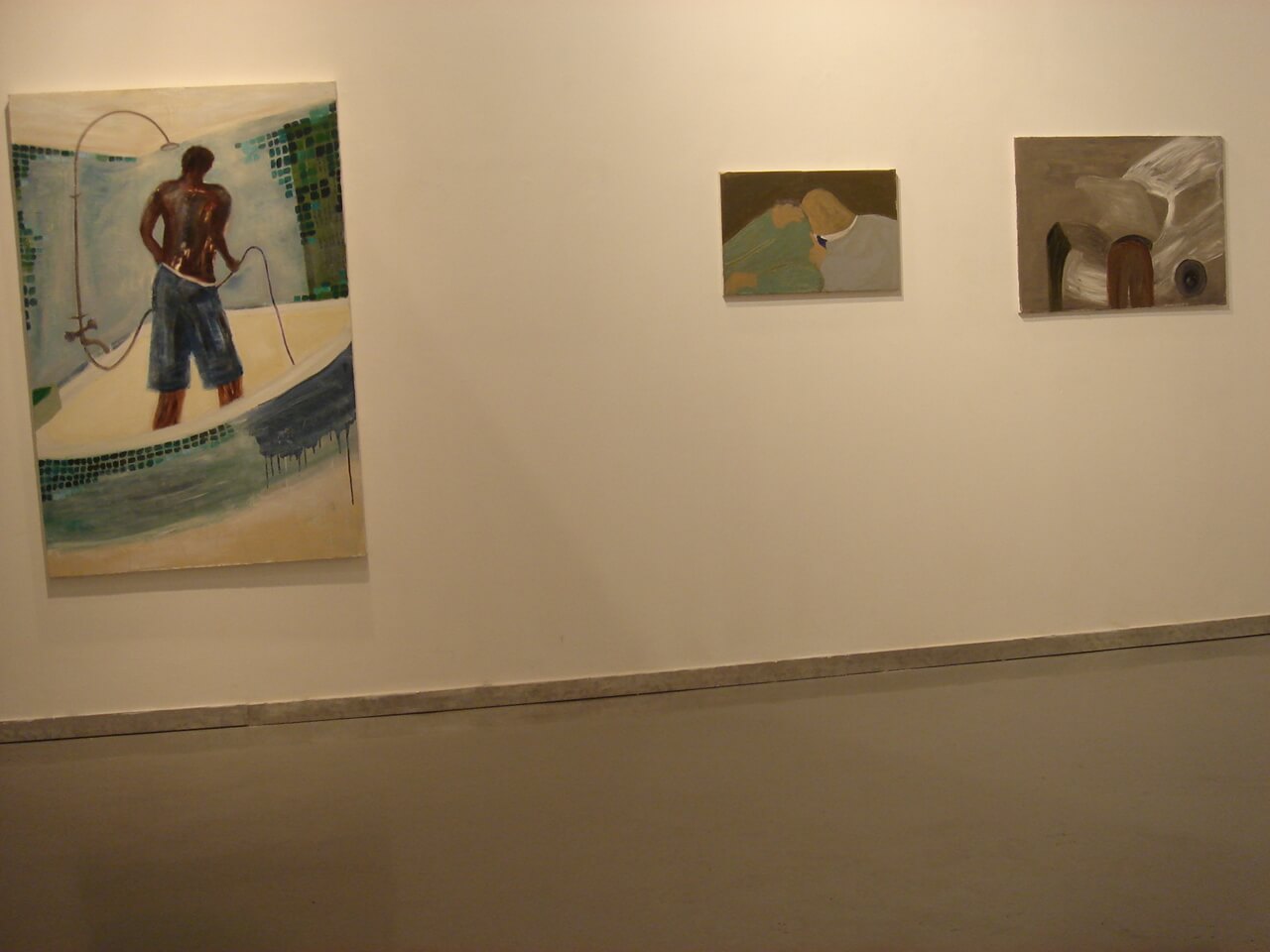 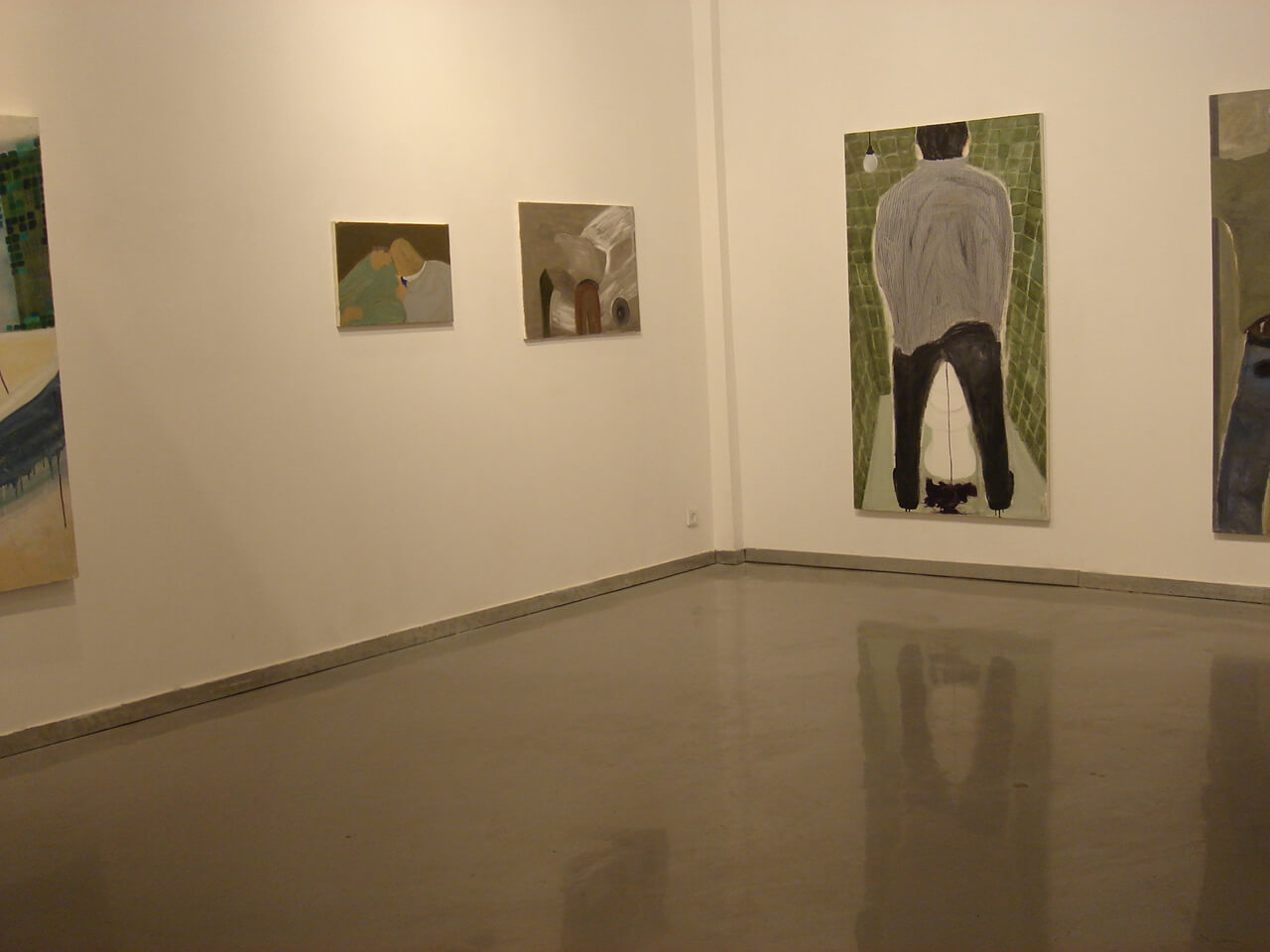 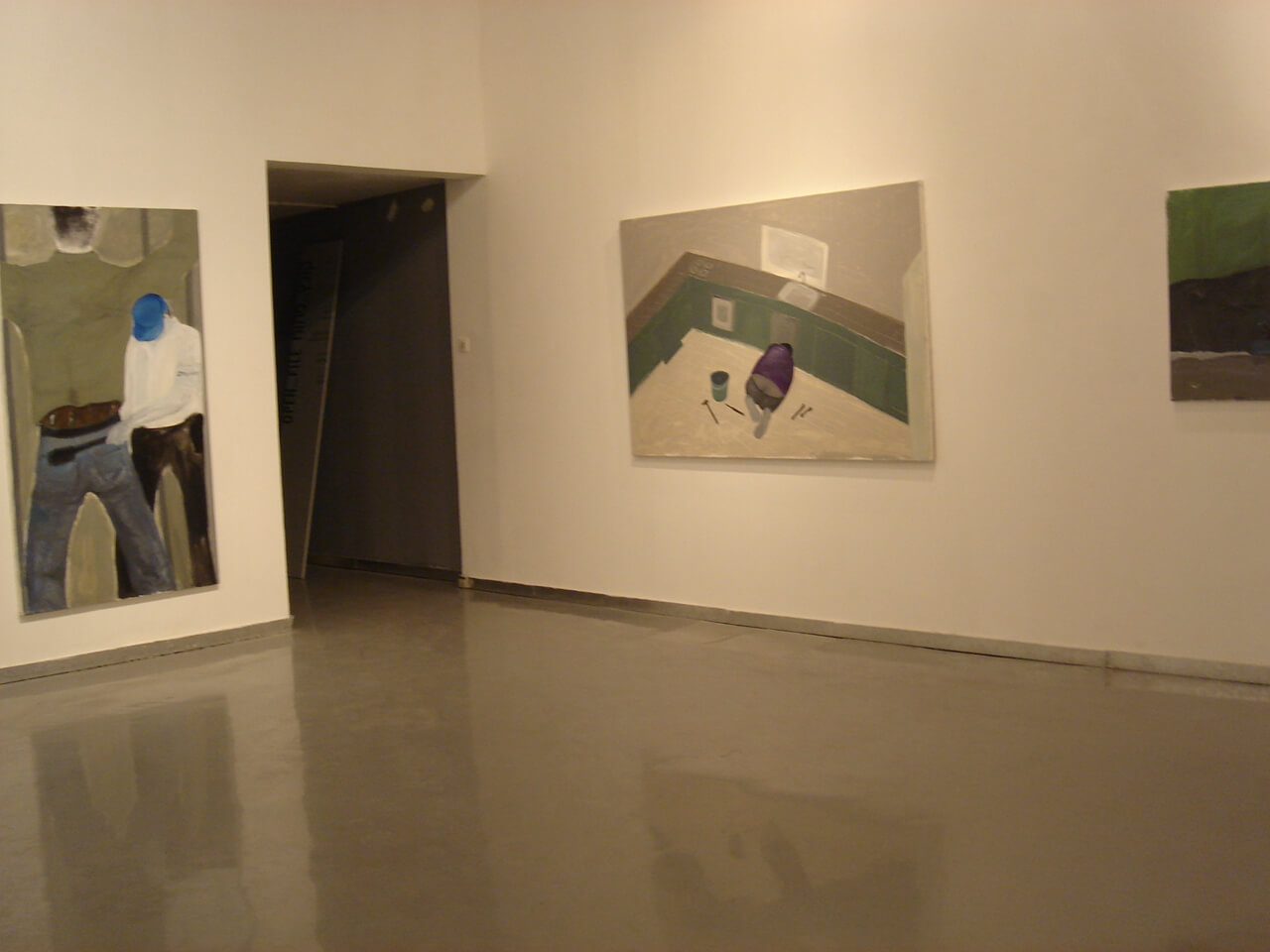 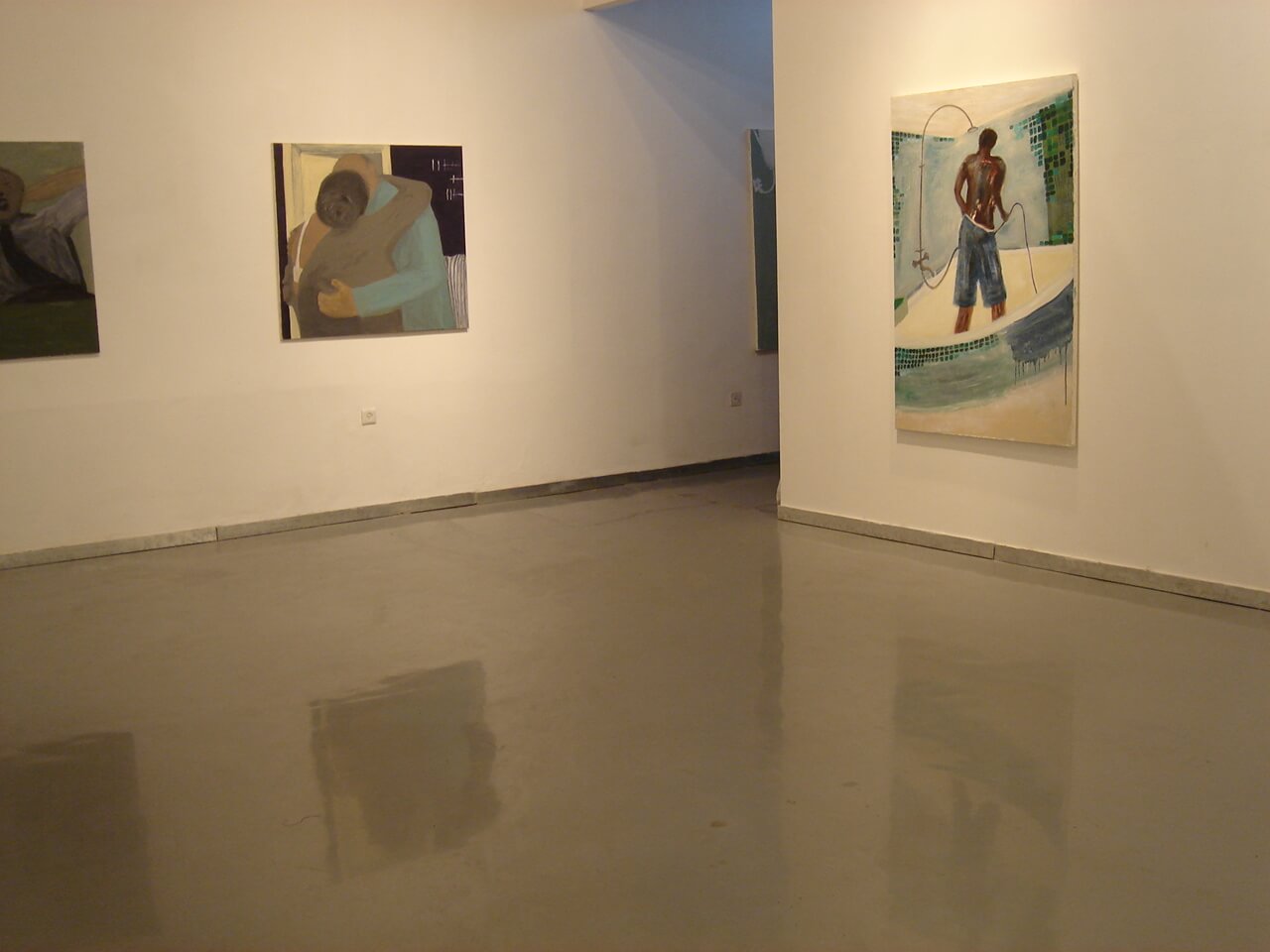 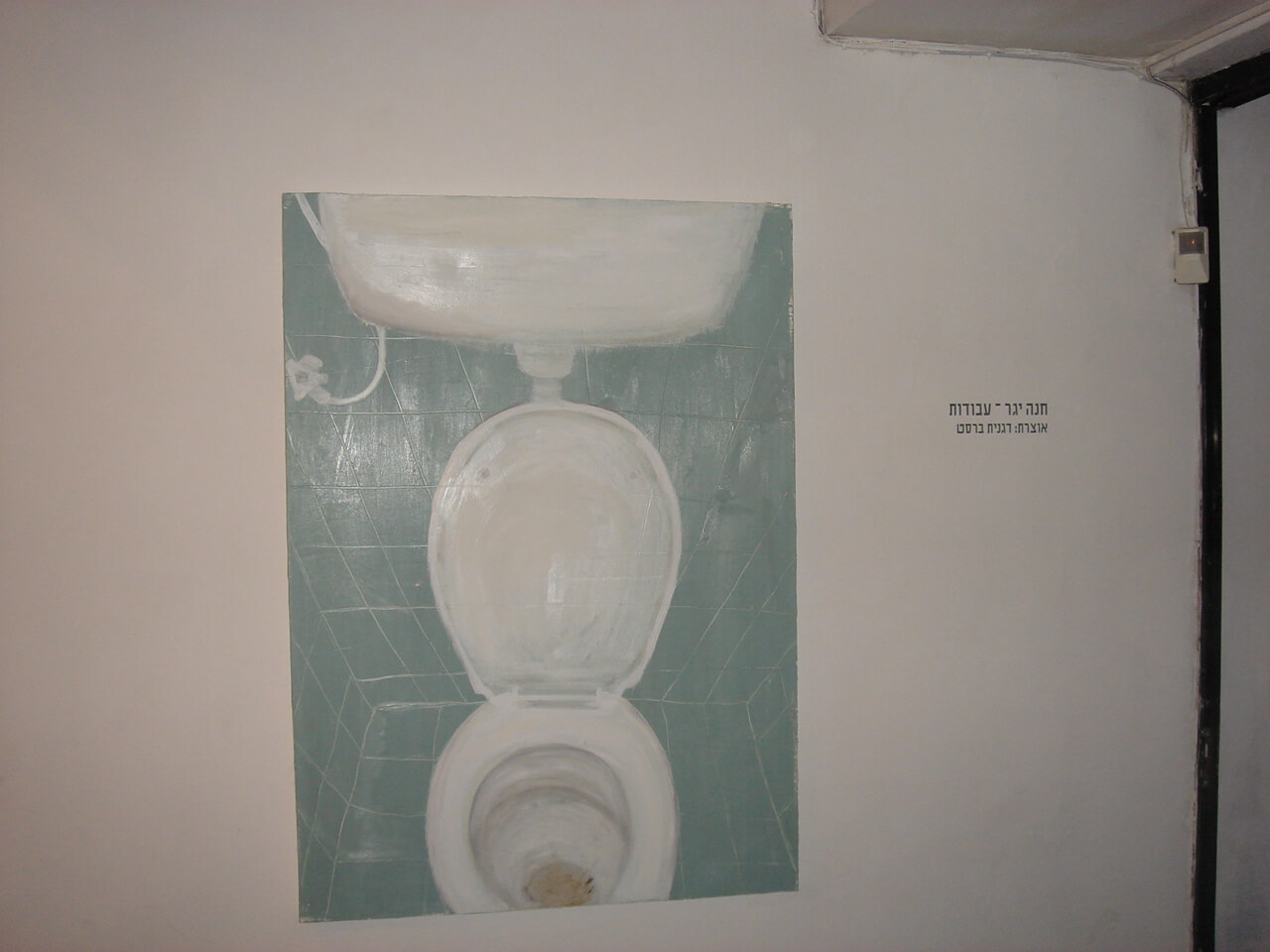 prison of the look

The subjects of the paintings in the exhibition are skilled workers: a plumber, a security man, a whore; alongside them, domestic surroundings. They are eyeless; they do not exchange looks, perhaps not looking back. The artist contemplates the closed eyes, directs a look specifically at the back – the forbidden look creates a disproportioned world echoing the question of the ownership of the look.

The capitalist world is professional, a world in which individuals are measured by their productive capacity and which relies on the basic assumptions of lack of equality and consumption. This is a world of small details, of bookkeeping. This is a world in which alienation is also of value because from it gapes the void – a potential expanse to be filled with additional goods, with replacement.

In daily practice, management and control systems function, creating the officialdom which observes in order to catalog, signs in order to authorize, records in order to erase.

The artist looks in order to imagine, signs, spots, records in order to accord reality. A man urinates color, misses the toilet bowl – dirties. A plumber's ass cleavage, an old woman with an exposed bra, borrowed time – kissing. A big black man cleaning. A sated manager: his eyes are closed and his arms are raised. A small security man scans a large figure; an advocate and an accused: the law interfacing with crime.

"Different social classes have contradictory social values that match their economic and social interests. The struggle regarding the significance of signs and of signers is part of the class conflict. Within the framework of its general conflict with the dominated class, the dominant class attempts to present signers as having a unique super-class significance that cannot possibly be altered, and by this means to ensure the significance it allots to signs that are expressed within a dominant ideological system."[1]

The look that scrutinizes for defects

Where does color stand in the world of money? A world where the task of light is to blind, and contemplation is fated to blink. The slave looks with downcast eyes at his master who turns a blind eye to his slave. The grating disruption in the economics of looks exposes margins, diverts the sight.

There is no sight more scathing than that of fantasy. It does not toe the line and instead engenders disarray; it is treacherous and loyal, abides by the law and transgresses it. It is not committed either to the look or to the lighting, it flickers provokingly between the private and the public.

Two men and a whore leaning towards an automobile

Two men are peeping into an automobile, buried in an attempt to fix the mechanism. A working whore leans towards a client – her derrière is in the center of the painting.

The prison of the look

In the guise of freedom and individualism the capitalistic world, lubricated by the most sophisticated control mechanisms, prefers the staged voyeurism, the melodrama; and thus while purporting to possess keen discerning eyesight it proposes nothing but a look doomed to reflect the replacements economy.

What is the work of the painter who is responsible for the ownership of all the means of production of images? Is the function of painting, in a world where the majority owns only the capacity to work,[2] to open one's eyes or to close them? Are the assets of painting pledged to brighten the vacuum or to serve slavery? Can one contemplate only with closed eyes?

The painting displayed in the exhibition offers the rigidity of disorder, the fluidity of the sign – dirty in one world is clean in another. The power of painting is to look at the core of the experience in order to cause its aberrations to reverberate.

[2] Marx acknowledged that capitalist society is built on the enmity between the bourgeoisie who own and control the means of production, and the proletariat who own only their capacity to work and who therefore survive only by selling their work capacity.