Wait times are longer than usual 2021 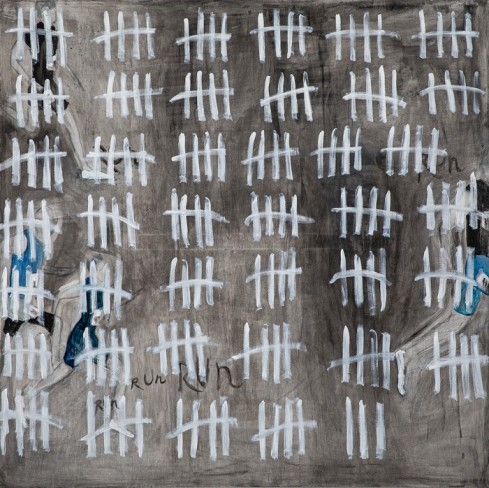 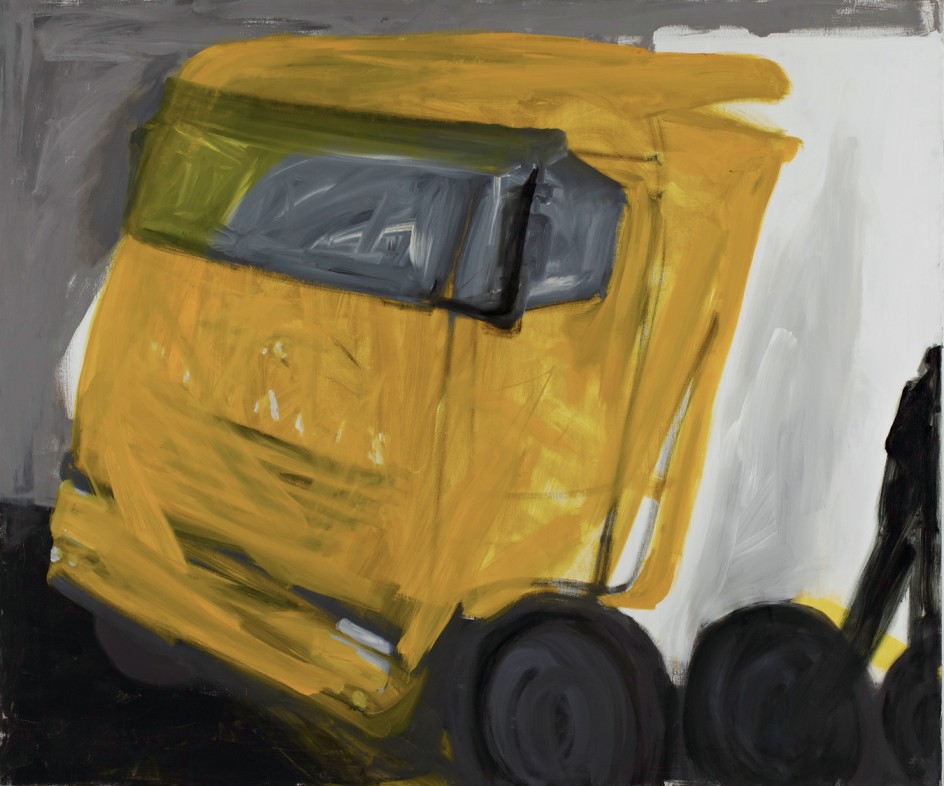 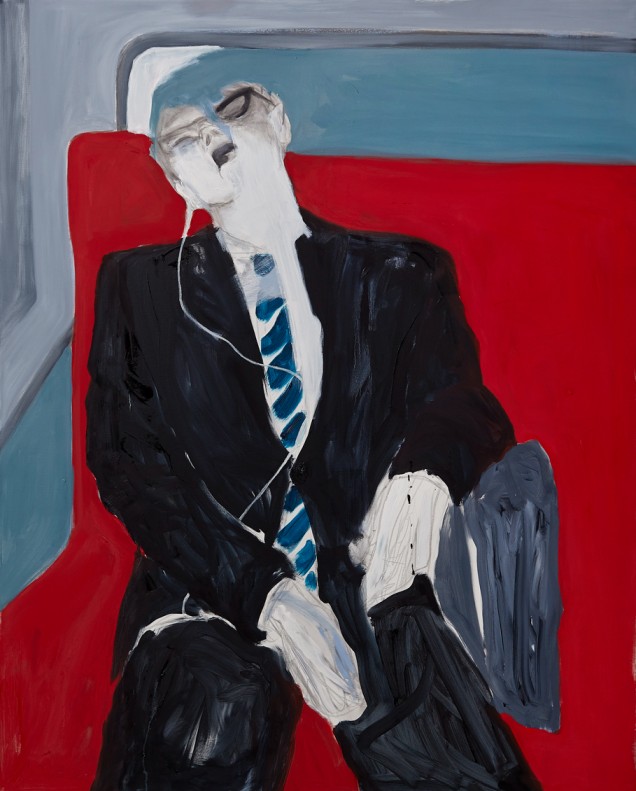 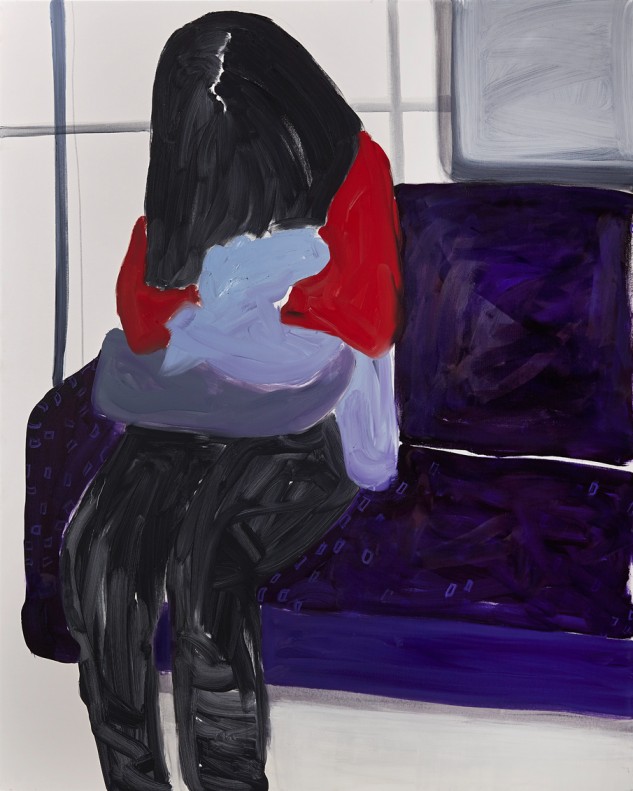 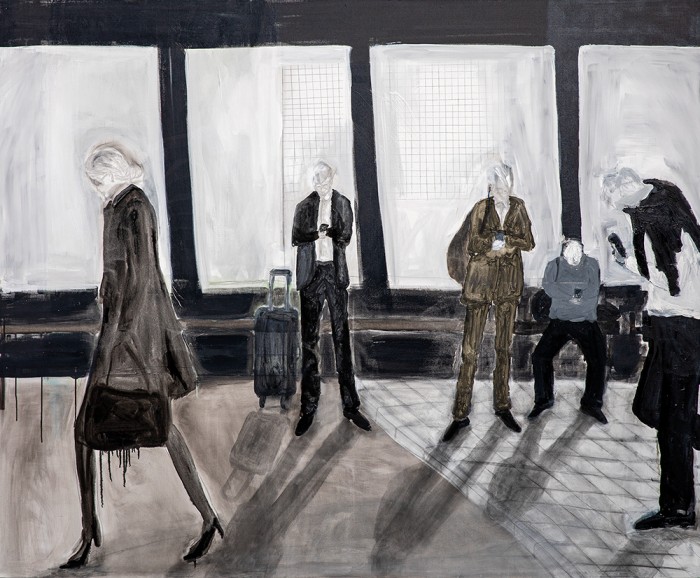 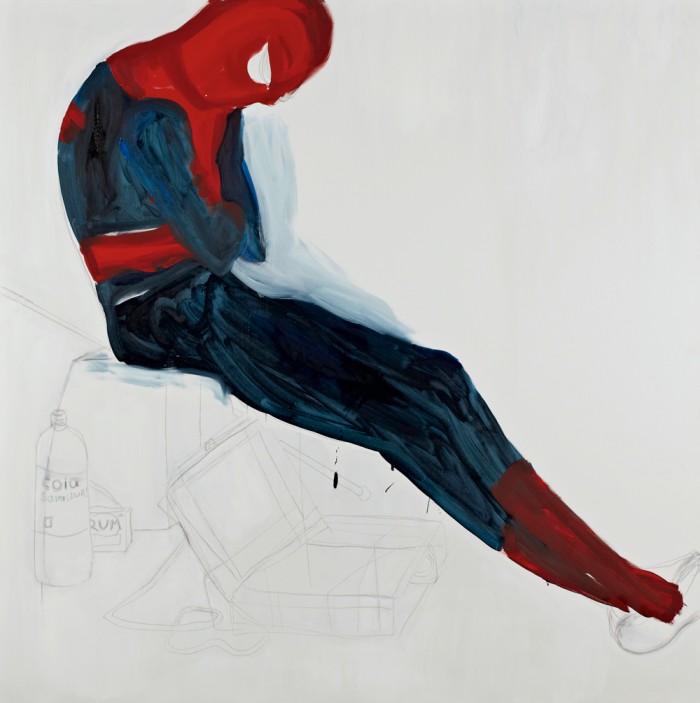 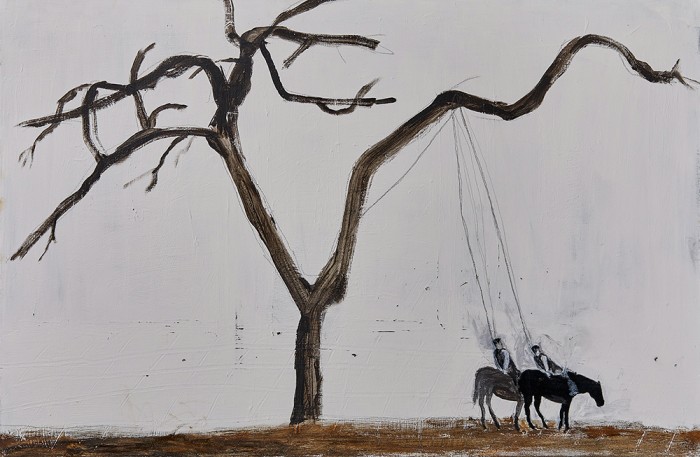 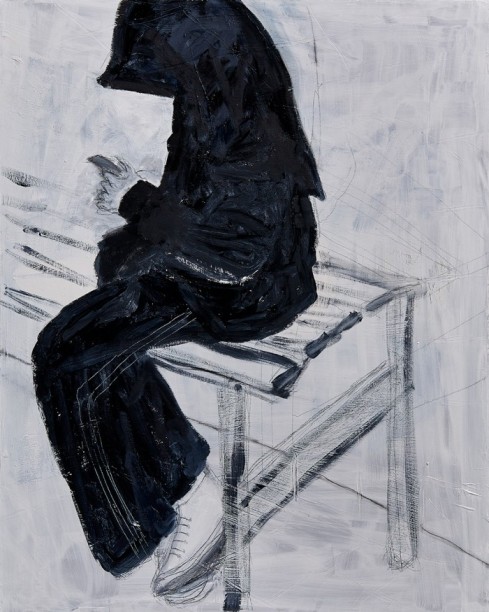 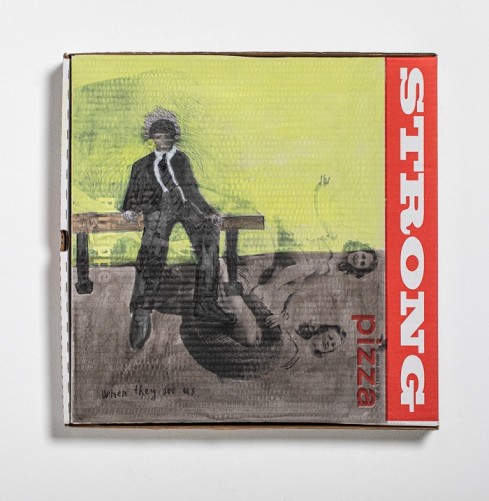 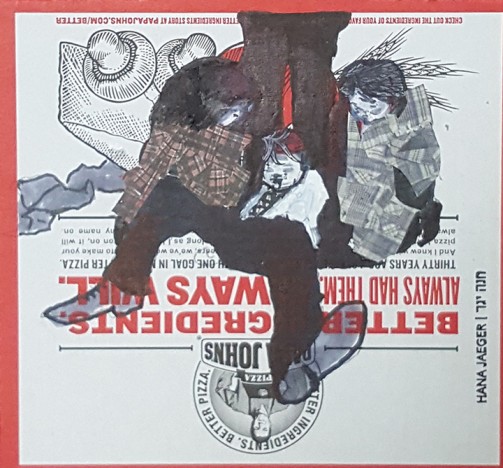 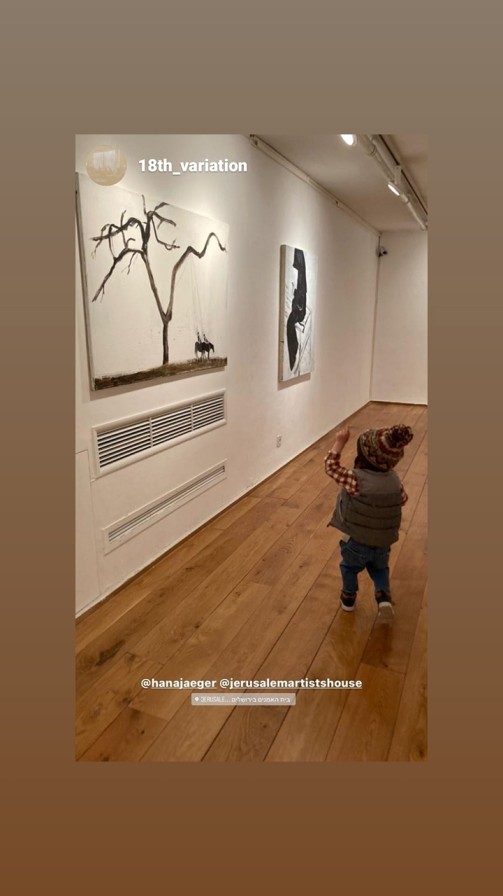 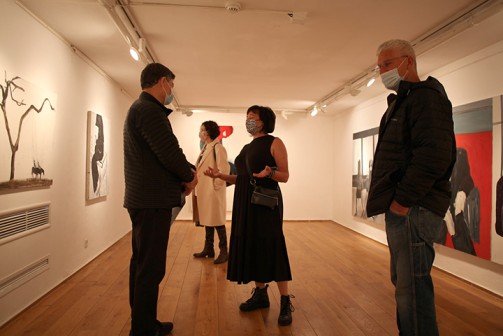 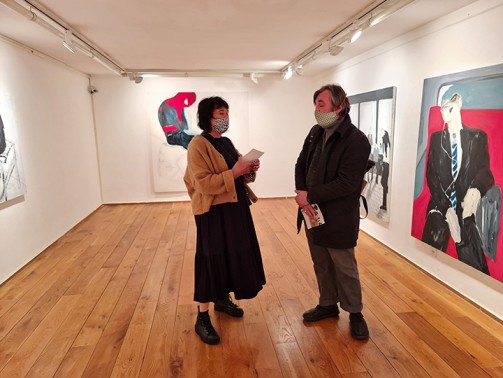 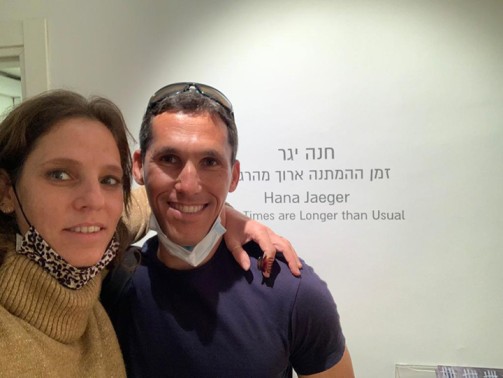 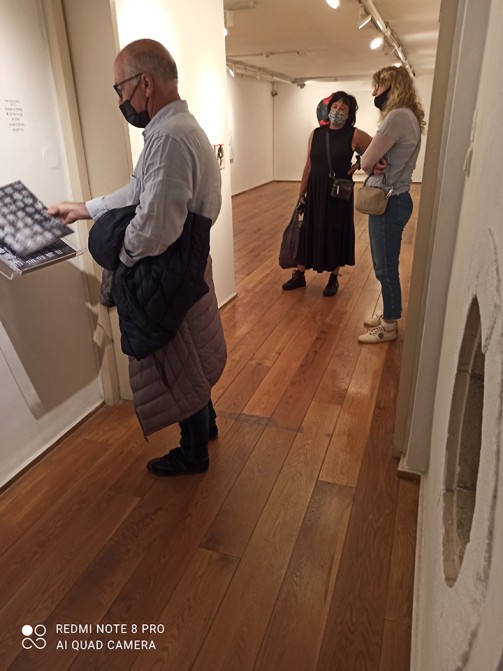 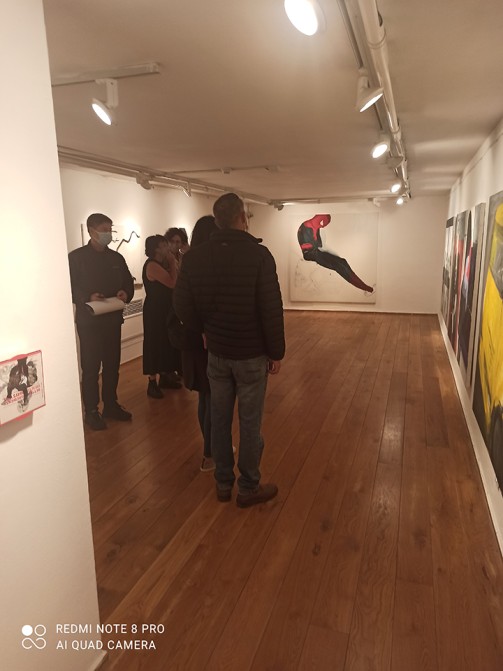 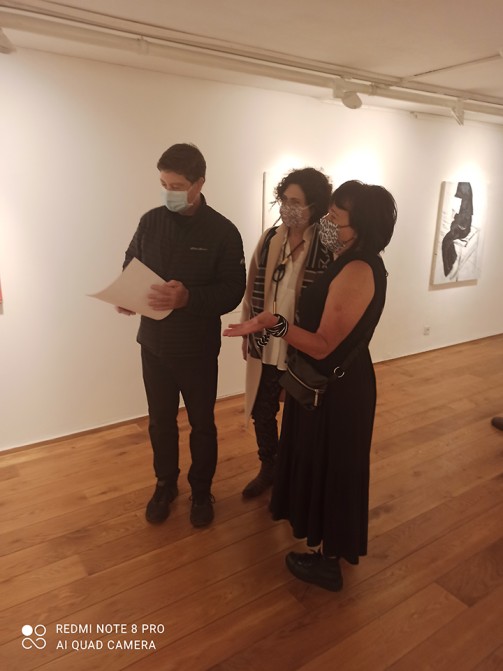 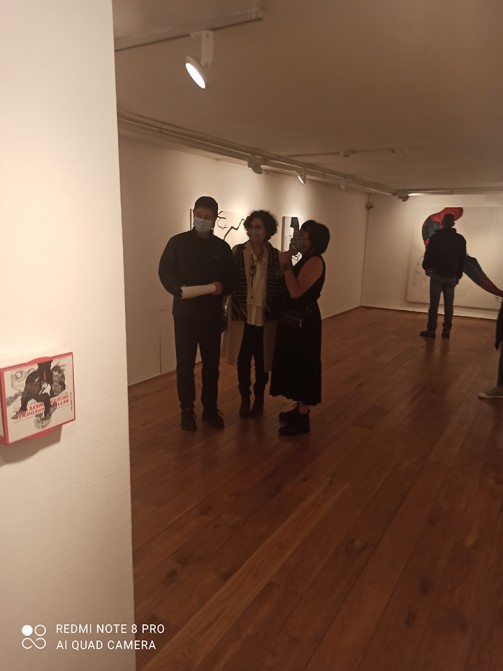 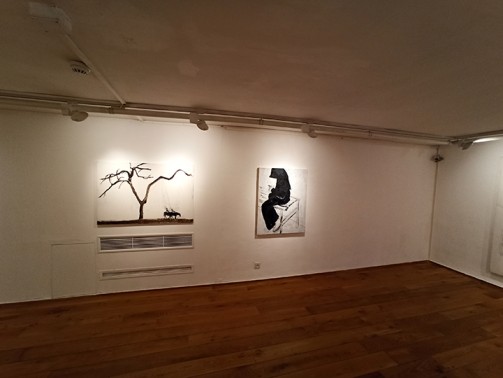 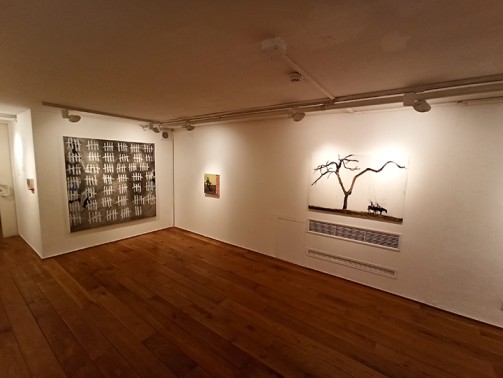 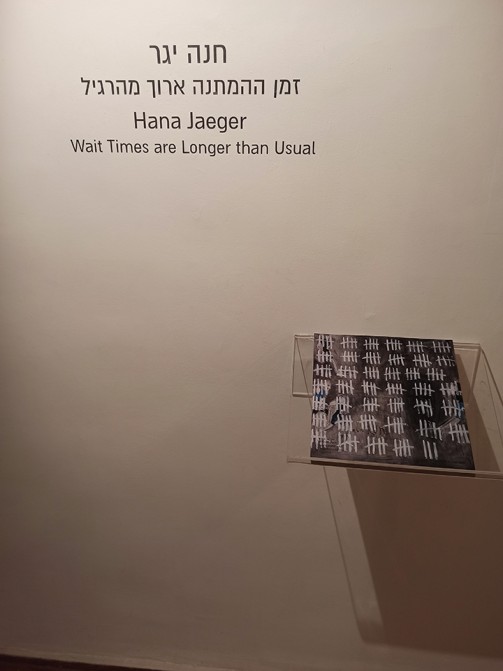 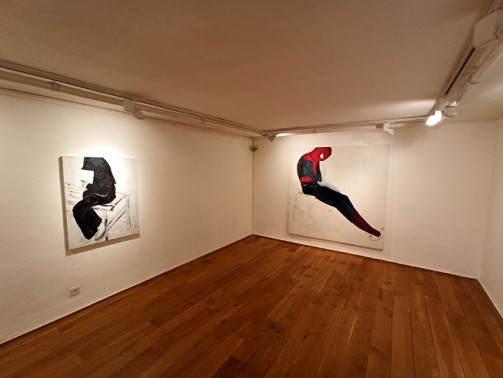 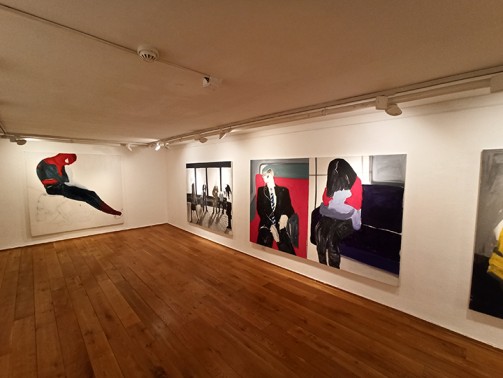 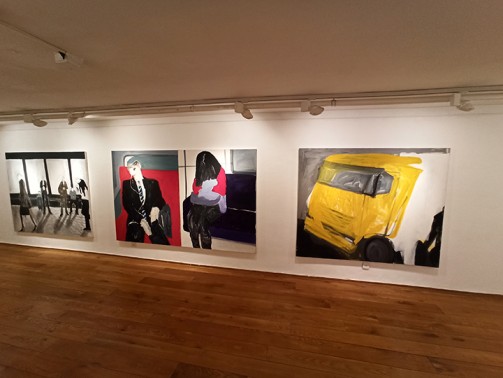 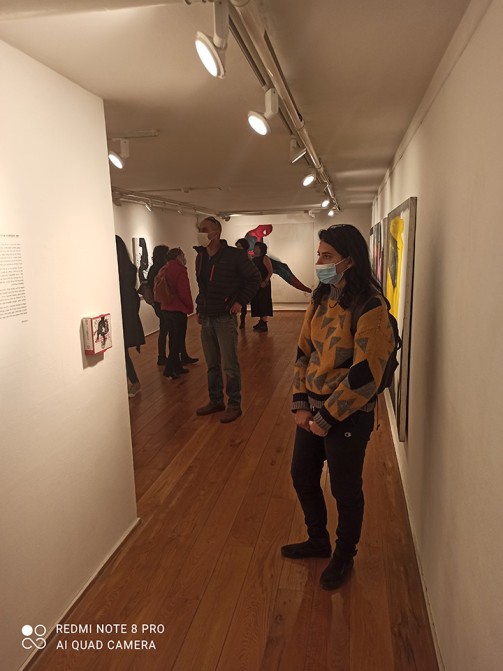 Wait Times are Longer than Usual

Hana Jaeger's painting moves to the margins of life; it is drawn to the margins, clings to lost moments, which are stuck like life itself, filming them from up close. How we hate the state of waiting, so tired of it. Always in a hurry, it is unclear where to. How low can we go, eyes downcast in the alienated queue in the waiting room, staring at the screen at the end of yet another grueling day of work, lying in bed in anticipation, which is never fulfilled, for an authentic sentiment of love. Jaeger will be there with you, in your least glamorous time; she will stand by your side without you noticing, will discern the essence of humanity embodied in you precisely when you are weak and dull. For Jaeger, we are all anti-heroes; even Superman is bent, tired and lifeless.

crumbsJaeger's brush moves indiscriminately on the large painterly surfaces, bathing them with a thin but concentrated substance. The world is an accident, captured on canvas. What remained etched from that moment is stroked with color; what was not—is revealed by means of swift drawing. Jaeger's canvas is the wall, on which a countdown chart is sketched in white chalk. Installed ephemerally amid the large-scale works are the small works, the cardboard boxes, cumulated remnants of the consumerist world. These are given pointed, illustrative, anecdotal treatment, as befitting modest life that settles for the crumbs.

As opposed to photography, which is perceived as a static testimony, as capturing a moment of truth that has passed from the world, painting always embeds the quality of a suspended movement in time and matter, even in its final, seemingly static state. The painterly processes, the color applications, the accumulated layers, the smell—all of these are living testimony of the struggle that took place on the canvas. Jaeger's works expose these material qualities and combine them with photographic/cinematic elements, as the scenes, which depict situations of waiting, are captured on the canvas forever in a type of double suspension.

The works in the exhibition—all from recent years, some from the COVID19 lockdown periods—drain and flow like a gloomy prophecy into the spring ahead. This period, which was all about awaiting liberation, lingered, and we were trapped in time, inside the room, indoors, in the city, within the country's narrow borders—all of which became one big, closed and forced waiting room, hanging by a thread.